Our Board of Directors is dedicated to the advancement of member administrators, their nursing directors, and staff. We believe our past and current experiences can enhance your administrative processes and we will continually work at providing you timely professional information and new ideas. 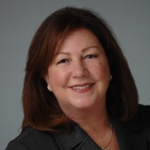 Tammy Becker has three decades of experience as a paralegal at Duane Morris, LLP.  She advises in all aspects of the long term care industry in connection with assisted living facilities, skilled nursing, and intermediate care facilities, intermediate care facilities for individuals with developmental disabilities; long term care facilities for under age 22, sheltered care facilities and CILAs. Tammy reviews and analyzes new and proposed federal, State, and local regulations and monitors developments from the Centers for Medicare and Medicaid Services and the Illinois Department of Public Health. She also regularly assists with preparing for administrator and nurse disciplinary hearings before the Illinois Department of Financial and Professional Regulation. Tammy has been an LNHA and a member of INHAA since 1996.  She earned her B.A. from Carroll University and a Certificate in Health Law from DePaul University, College of Law. 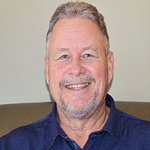 Tim Bledsoe has been a licensed nursing home administrator with the state of Illinois since 1989. He currently works at The Elms in McDonough County Illinois which is a 98-bed county home located in Macomb IL. Tim previously worked at Nature Trail Health Care Center in Mount Vernon, IL. While working at Nature Trail the facility has received the 2016 AHCA Bronze Award, the SAVA Senior Care CEO Round Table award for excellence in financial management, and the SAVA Blue Ribbon award for excellence in customer care. Tim has worked in the Long-Term Care industry since 1988 and has had several leadership positions. He has been a nursing home administrator, regional director of operations and CEO of a Not-For-Profit Long-Term Care Organization. He has had several years of experience as an IHCA Board Member and Treasurer and sat for 2 years as a Knox County YMCA Board Member. Tim is currently a participating member on the SAVA Senior Care CEO Round Table which meets quarterly. 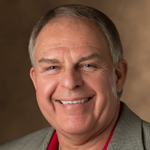 Steve Brant is a long-standing member of INHAA.  He has been active in the long-term care industry since the early 80’s. Steve earned a Bachelor of Arts degree from Illinois Wesleyan University and a Master’s of Science degree from Illinois State University, both majoring in Accounting. He is a licensed Certified Public Accountant and started in this industry as a financial consultant specializing in Medicare and Medicaid reimbursement. In addition to consulting, he taught a reimbursement course for the American Institute of Certified Public Accountants across the country for three years. After this tenure, he obtained his Nursing Home Administrator’s license and began operating a skilled nursing facility as their licensed administrator. During the next 30 years, he became more involved in the industry through ownership of three facilities. During this period, these facilities were members of the Illinois Health Care Association and Steve served on their board of directors and Nursing Home Constituencies task force. During the past seven years, he has been involved with financial and management consulting on a part-time basis in the industry. In addition to his experience in the long-term care industry, he has been a full-time instructor at Southern Illinois University Edwardsville in the Accounting Department for over twenty-one years. 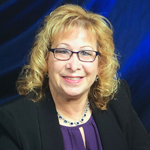 Sandy Erickson has worked in healthcare over 37 years mostly working within the Long-Term Care/Skilled Nursing industry.  Sandy graduated with her Undergraduate degree from Roosevelt University in Social Work (1983) and a master’s degree in Business Administration (MBA) from Olivet Nazarene University (2010). Sandy started her career in healthcare as an Activities/Social Services Director and graduated on up through the industry to become an Administrator. Her career has also taken her to work with the mentally challenged for several years both in the community and within in the long-term care venue, Home Health and Hospice.  Sandy became licensed in Illinois as a Nursing Home Administrator in 2006 and licensed as a Health Facility Administrator for Indiana in 2018. In addition, she is certified in Illinois as a Substitute Teacher. Presently, she is semi-retired utilizing her experience, knowledge, and skills as an Interim Administrator and when she has time she will Substitute teach.  Based on her career interests, Sandy’s passion is working with persons of all ages.   Sandy has been married to Ken for almost 37 years and has 3 adult children.  In her spare time, Sandy loves to travel. Sandy has been a member of INHAA for almost 15 years and is excited and honored to be on the Board and is looking forward to contributing to the board and others within the industry. 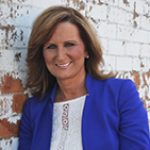 With over thirty years of experience, Kathy Eyre began her career in the long-term care industry as a line staff member. Her supervisor encouraged her to become a licensed nursing home administrator and she was offered an apprenticeship, education, and training. Kathy is currently the Administrator at Prairie Winds of Urbana (SLF), in Urbana, Illinois.  Kathy joined the INHAA organization in 2004 and became a member of the Board of Directors in 2009. She was honored by the members of the Board to be chosen for the President’s award in 2014. 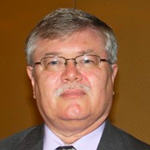 Dennis L. Grobe has worked in Long Term Care for more than four decades.  He began his career as Director of Social Services / Assistant Administrator of a 120 -bed Shelter Care Facility in Decatur after graduating from ISU with a Bachelor of Science Degree in Sociology with an undergraduate emphasis in Social Work.  He obtained his Administrators License in 1976.  He accepted the position as Administrator of the Walnut Manor Nursing Home (current name Heritage Health – Walnut) in September 1975.  In April 1986 – February 1991, he worked for both non-profit and for-profit corporations, later returning to WMNH and the community in February 1991 later retiring May 2019.  He has served on the Board of Directors of IHCA from 1994 – 2000.  He is married with two boys and three grandchildren.  He is active in the community of Walnut serving on the Village Board since 1995 having served as Trustee and most recently serving as Village President. 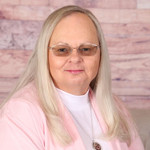 Becky Haldorson, MS, LNHA, Educator is currently engaged in educating Care Partners as well as elders in the person-directed philosophy. As an Educator and advocate for elders she has presented educational sessions throughout the state as well as nationally. She has been licensed by the Illinois Department of Professional Regulation as a Licensed Nursing Home Administrator since 1995 and holds a Master of Science degree in Health Care Management. Becky has worked in long term care for over 30 years. Starting out as a CNA “back in the day,” she has worked as an Administrator in the private and in the public sector. She has also worked as an Executive Director in Assisted Living and a Regional Director for the Alzheimer’s Association. An avid supporter of the person-directed care movement; she has dedicated her career to the transition of long-term care communities as they grow from an institution operation into a home for elders. Becky is a founding member and Past President of the Board of Directors for the Illinois Pioneer Coalition for Culture Change in Long Term Care a statewide organization promoting person centered care for elders. 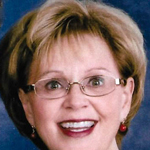 Hope McNitt, RN, LNHA, Consultant began her 40+ year journey in long term care as a CNA. After becoming an RN, she realized her passion was caring for the elderly, and continued the long-term care path holding numerous positions, including DON and LNHA. She has been a member of INHAA since 2001 and received the President’s Award in 2016 and 2019. She is also a member of the LTC Nurses Association and a recipient of the “Nurse of the Year” award presented by IHCA.  She is a past president and past executive director of the LTC DON Association of Metro East. She is currently working in LTC as an independent consultant. 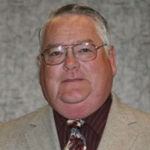 Dwight L. Miller has worked in long-term care since 1972.  He has a bachelor’s degree in Education and a master’s degree in Sociology/Psychology.  He has served on numerous state-wide advisory groups and committees.  Prior to working in long-term care, Dwight was employed by the Decatur Mental Health Center, taught junior college courses, and worked as a policeman.  He served three years in the U.S. Army and was a sergeant in the Military Police Corps when honorably discharged.  He and his wife purchased Crawford County Convalescent Center in Robinson, Illinois and operated it from 1985 to 2015.  Dwight has a son who is an OSHA Compliance Officer and a daughter who is now a stay-at-home mom.  He and his wife, Ardella, have three grandchildren–two in Lake Zurich and one in Collinsville. 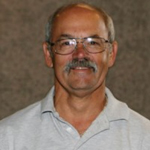 Lester E. Robertson Jr. recently served as the Administrator of the Illinois Veterans Home in Manteno. He is the former owner of Robertson Healthcare, LLC, which owned two nursing facilities. He is a licensed nursing home administrator with more than 45 years of experience. Mr. Robertson was a member of the IHCA Board of Director for more than 20 years. He has served as the IHCA Non-Proprietary Facility Vice President, Chairman of the IHCA Government Relations Committee, Chair of the IHCA Education Committee, Chair of the IHCA Peer Review Committee, and as Peoria Chapter President. He has served as a member of the Assisted Living Work Group, Chairman of the Regulatory Task Force, and IHCA Representative to the Illinois Department of Public Health Long Term Care Advisory Board. 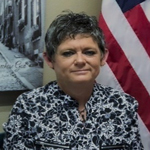 Angela Simmons was born and raised in Southern Illinois.  She graduated nursing school in 1997 and earned a bachelor’s degree in Business in 2009.  In 2006 she became the Administrator of an 83-bed skilled nursing facility and began her Culture Change/Pioneering journey. In 2013 she was appointed as a Senior Public Service Administrator with the Illinois Department of Veterans Affairs and assigned to the Anna Veterans Home.  In 2015 she won the Illinois Pioneering Culture Change Champion of the Year.  In 2017, through the National Council of Certified Dementia Practitioners, she received her Certified Dementia Practitioner certification.  Angela is a member of the Illinois Nursing Home Administrators Association, Southern Illinois Pioneer Coalition, and a member of the Illinois Pioneer Coalition Board of Directors.  Angela presents educational seminars throughout the state on topics such as, the Importance of Person-Centered Care, Dementia Care training, and Disaster Preparedness.  Most recently Angela presented a webinar titled “A Veteran’s Home Best Practices and Lessons Learned during COVID-19” with attendees from all regions of the state.  Angela is dedicated to changing the culture of long-term care into more of a homelike “think outside the box” environment. 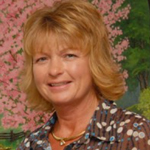 Kaye Strauch has been the administrator of Brandon Wood Retirement Center in Morton since 1986. Brandon Wood is an independent living facility. She is an active member of the Tazewell County Triad board, and the Heart of Illinois Region of Continuity of Care board. She was the recipient of the SICCO award from the State of Illinois Continuity of Care Board in June 2008. She resides in Washburn with her husband. She has two children and one grandson. 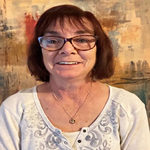 Terri Taylor is a licensed nursing home administrator currently working as an interim administrator and/or as a consultant. She is experienced in Federal and State rules and regulations and the survey process along with the Joint Commission process. Her duties have included but are not limited to: Staff Education and Support Services; Survey Preparedness and Joint Commission Preparedness; Interim Administrator; State Monitor and Medical Records Review and Office Support. When not working, Terri enjoys photography, crafts, and gardening. She is regularly active in her community and writes for the local newspaper. 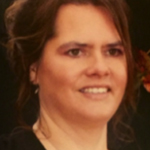 Jill Wunderlich, MHCA, LNHA, COTA/L has worked in the SNF/LTC/Rehab industry for more than 25 years. She graduated in 1992 from Kirkwood Community College where she earned her Associates of Applied Sciences degree, which allowed her to become licensed as and practice as a certified occupational therapy assistant. She has been working in as a manager in the rehab industry for the past 17+ years. She became a LNHA in 2001, earned her master’s degree in Health Care Administration in Feb. 2017, and earned her RAC-CT in May 2019. She is currently an RVP for Encore Rehabilitation and is a member of the IHCA finance committee.